EIS: A Summary of the Enterprise Investment Scheme.

To obtain the tax reliefs described below, it is necessary to subscribe for shares in EIS qualifying companies and where appropriate to claim the relief. The summary below is based on current law and gives only a brief outline of the tax reliefs. It does not set out all the rules which must be met by EIS qualifying companies and an investor. The tax reliefs will only be relevant to Investors who are liable to UK income tax and/or wish to defer a capital gain.

Individuals can obtain 30% income tax relief on the amount subscribed for shares in EIS qualifying companies (up to an annual maximum £1 million for the 2018/19 tax year), although relief will be denied for investment into an EIS qualifying company with which the individual is connected. As announced in the Autumn Budget 2017, the maximum annual investment limit was increased to £2 million provided that any amount over £1 million is invested in one or more "knowledge-intensive" companies. Spouses and civil partners can each separately subscribe up to £1 million.

(b) Carry Back Relief

Carry back relief claims may be made for amounts subscribed for shares in EIS qualifying companies, such that an investment is treated for tax relief purposes as having been made in the tax year before the tax year in which the investment was actually made. In effect, and provided no 2018/19 EIS investments have already been made, this allows an investor to invest up to £2 million in 2019/20 and claim full tax relief.

To the extent to which a UK resident investor (including individuals and certain trustees) subscribes for shares, he can claim to defer payment of tax on all or part of a chargeable gain. The gain may have arisen on the disposal of any asset, or a previously deferred gain may have been brought back into charge. Although there is a limit for income tax relief (see (a) above) and for the exemption from capital gains tax upon a disposal (see (d) below), there is no limit on the amount of EIS qualifying investments which can be used to defer a gain. If the investor dies whilst still holding shares, the deferred CGT liability is extinguished entirely. Shares in EIS qualifying companies must be issued within one year before and three years after the date of the disposal which gives rise to the gain or the date upon which a previously deferred gain crystallises. The gain is deferred until there is a chargeable event such as a disposal of shares or a breach of the EIS rules.

For gains made from 6 April 2016 onwards, CGT has been charged at 10% and 20% for individuals (the applicable tax rate depends on the total amount of the individual’s taxable income and will be 20% for an individual liable to higher rates of income tax (28% for certain residential property assets)); 28% for trustees or for personal representatives of someone who has died; and 10% for gains qualifying for Entrepreneurs’ Relief (subject to a maximum lifetime limit of £10 million).

When a previously deferred gain crystallises, the rate of CGT then payable will depend upon the legislation that is in force at that time, and may be greater or lower than the rate that would have applied had Capital Gains Deferral not been claimed. If Entrepreneurs’ Relief was available on the gain deferred it will also be available when the gain comes back into charge for disposals on or after 3 December 2014.

Tax relief is available at any time in respect of any loss realised upon a disposal of EIS qualifying shares on which EIS income tax relief (see (a) above) has been given and not withdrawn. The amount of the loss (after taking account of any income tax relief initially obtained) can be set against the individual’s gains in the tax year in which the disposal occurs, or, if not fully used, against gains of a subsequent year. Alternatively, on making a claim, the loss net of income tax relief may be set off against the individual’s taxable income of either the tax year in which the disposal  or the previous tax year. If the circumstances are such that EIS income tax relief  been withdrawn, it may still be possible for an investor to claim an amount of loss relief.

Where only CGT Deferral relief has been claimed, loss relief against income tax may be restricted due to the cap on income tax reliefs.

Although not an EIS tax relief as such, an investment in an EIS qualifying company will normally qualify for 100% relief from IHT under current legislation, provided the investment has been held for at least two years and is still held at  of death. There is no upper limit on the amount of IHT relief which can be claimed.

Reliefs are available to UK resident Investors as trustees of discretionary or life interest trusts. Apart from being attractive to individual Investors who are UK resident for tax purposes.

Capital Gains Deferral, as described above, can be claimed on the amount subscribed for shares in EIS qualifying companies against any chargeable gains if the investment is made within one year before and three years after the date of the disposal which gives rise to the gain or the date upon which a previously deferred gain crystallises.

Loss Relief is available under the normal capital loss rules in respect of any losses incurred on investments made by investors.

Inheritance Tax: discretionary trusts can benefit from BPR on EIS investments, provided they have been held by the trustees for two years.

The outcome is as follows, depending upon whether the investor is able to claim EIS  or no relief at all:

Example Two: The facts are as in the previous example, except that the investment  fails completely and is wound up in 2023, with the investor receiving no money back:

The relevant dates for income tax relief, from a tax year perspective, is the date on which an investment is made into a company. The latest date an investor can file a claim for EIS relief is five years after 31 January following the tax year to which the claim relates.

On investment into a company an application on your behalf will be made to HMRC for the EIS3 certificate in order to claim EIS relief for your investment. The application to HMRC cannot be made until the company has carried on its trade for a minimum of four months. Subject to this, EIS3 certificates are typically sent out to investors by the company within a few months of each underlying investment depending on when the forms are received from HMRC.

The EIS3 certificate enables you to claim your income tax relief and capital gains tax deferral, normally by making the appropriate entries on your own tax return.

Each company in which an investor invests must initially (i.e., at the time of issue of the shares) not be listed on a recognised stock exchange (as defined for the purposes of EIS Relief) and there must be no “arrangements” in place for it to become so listed. In addition, throughout the three year EIS period, it must not be a subsidiary  or be controlled by, another company, and there must not be arrangements in place which could result in that requirement failing to be met. It must either exist to carry on a qualifying trade or else be the parent company of a group whose activities do not consist substantially in the carrying on of non-qualifying activities – broadly, either non-trading  or activities which are listed as “excluded”.

Although it is possible for qualifying activities to be carried on anywhere in the world, the company that issues the shares must have a “permanent establishment” in the United Kingdom.

Subject to certain exceptions, the maximum EIS fundraising per company is restricted to £5 million per year and a lifetime limit of £12 million (£20,000,000 for "knowledge-intensive" companies). The maximum number of full-time employees (or full-time equivalent) in the company at the time of investment is restricted to fewer than 250.

Most types of trades are qualifying trades for EIS purposes but trades which consist substantially in the following are excluded:

The trade of the company must generally be less than seven years old at the time of investment. Companies “in financial difficulty” cannot receive EIS investment. HMRC’s guidelines regard a company as being in financial difficulty where it is unable, whether through its own resources or with the funds which it is able to obtain from its owners, shareholders or creditors, to stem losses which, without outside intervention by the public authorities, will almost certainly condemn it to go out of business in the short or medium term.

Shares only qualify for EIS Relief if they are ordinary shares which do not, at any time during the three year EIS period, carry any present or future preferential right to dividends (other than to certain fixed rate non-cumulative dividends) or to an investee company’s assets on its winding up, or any present or future right to be redeemed.

Please note that this is only a condensed summary of the taxation legislation and should not be construed as constituting advice which a potential investor should obtain from his or her own investment or taxation adviser. The value of any tax reliefs will depend on the individual circumstances of investors.

Sapphire Capital Partners LLP does not give tax advice and recommends that you consult a tax adviser if you are in any doubt about any of the technical aspects of the SEIS legislation.

Our FREE eBook guide will help you understand the EIS process.

Our eBook will save you valuable time and expense in your quest to get your start up company approved by HMRC and more importantly, getting ready to raise finance.

Fill in the form to request the eBook. 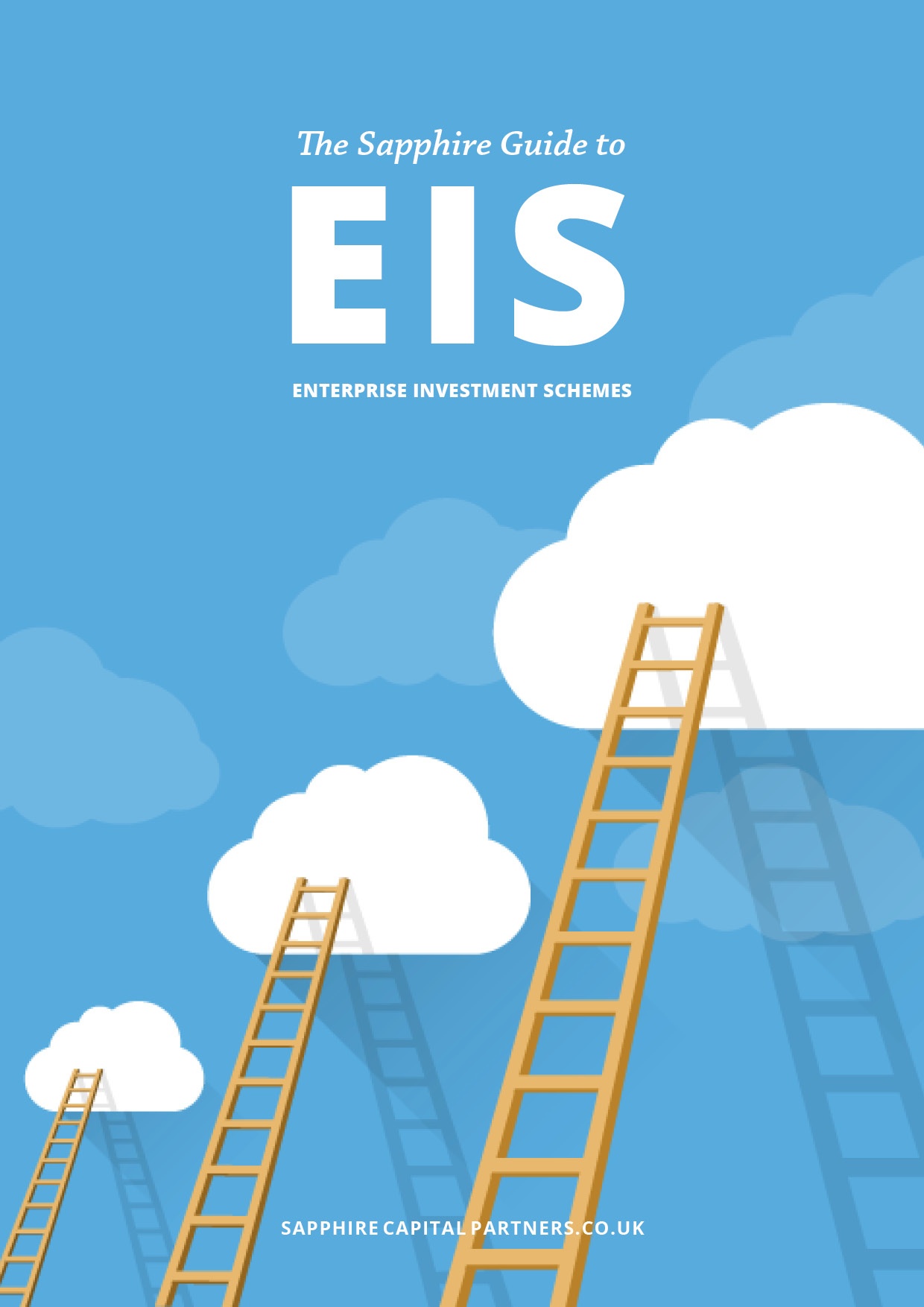 Find out about other tax reliefs. 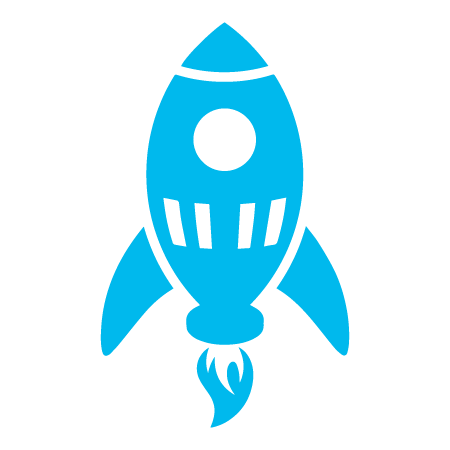 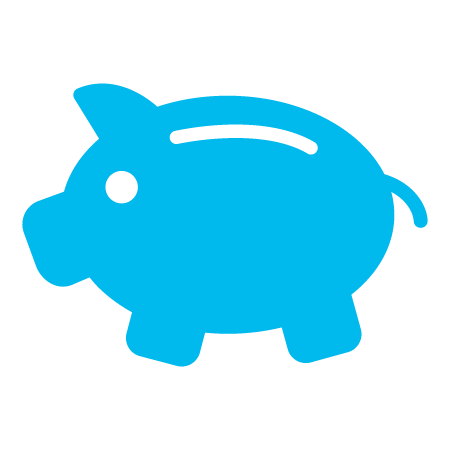